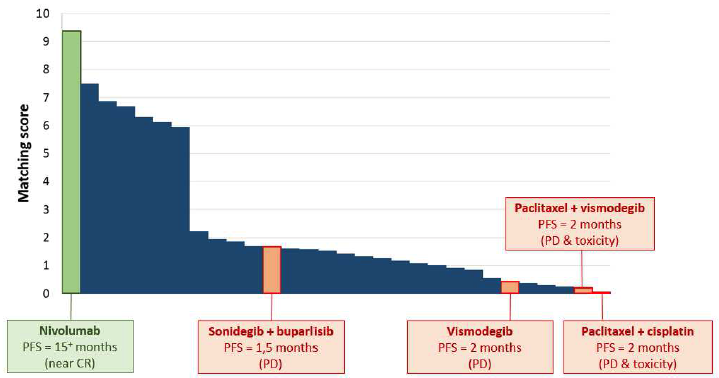 This case study describes a patient with basal cell carcinoma who was given four lines of treatment that were unsuccessful. A personalized approach was subsequently taken, and a beta version of the CureMatch Decision Support System platform was used to guide in the selection of immunotherapy, leading to near complete remission.

Case Study #3
A 57-year-old man, despite surgery for several basal cell carcinomas (BCC), developed brain, bone and liver metastases and was subsequently treated with two separate targeted therapies that are FDA-approved for metastatic BCC (hedgehog inhibitors vismodegib and sonidegib). However, the patient was non-responsive to these therapies. Gamma knife radiation was also administered for brain metastases with good response, and chemotherapy (cisplatin + paclitaxel) was given with a short-lived response.

A team at UCSD recommended a personalized therapy approach. A liver biopsy was taken, and next-generation DNA sequencing was performed by Foundation Medicine (FoundationOne® – 315 gene panel). The test revealed 10 genomic aberrations, including an amplification of CD274, encoding the programmed death ligand 1 (PD-L1). These data were inputted into the CureMatch platform, which was used to analyze the genomic data against millions of possible treatment options from our databases, and the top-ranked treatment options were printed on a report and shared with oncologists and scientists on the molecular tumor board. 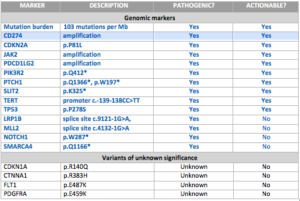 Fig. 1. List of genomic markers on the CureMatch report.

Because of PD-L1 amplification and the large number of alterations, the CureMatch system recommended immunotherapy targeting PD-1 and/or PD-L1. The patient was started on nivolumab, an anti-PD-1 antibody which blocks the ligand-mediated activation of the receptor. After 2 months, scans showed remarkable partial remission with no toxicity noted (Fig. 2). After 18 months, the patient is in nearly complete remission.

Fig. 2. Computerized tomographic (CT) scans of BCC patient’s liver, with liver metastases (A) before, and (B) after, two months of treatment with the anti-PD-1 antibody, nivolumab, recommended by the CureMatch platform. Treatment with nivolumab shows partial remission.

This represents a highly successful case of using single-drug immunotherapy treatment. After multiple lines of treatment had failed, the CureMatch approach was used to identify alternative treatment options. Single-drug immunotherapy with nivolumab was the most highly recommended option based on the CureMatch Matching Score, and was selected by the oncologist on the case. The Matching Score of the selected option (green) compared to prior lines of treatment (red) described above is shown in Fig. 3. 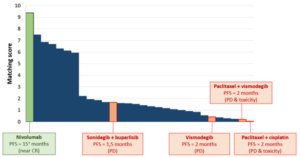 FIg. 3. Score Distribution from CureMatch report. All possible combinations of 1 or 2 drugs are represented and ordered by descending matching score. The response to nivolumab has been updated as of March 2017. *Abbreviations: CR = complete response; PD = progressive disease; PFS = progression-free survival.