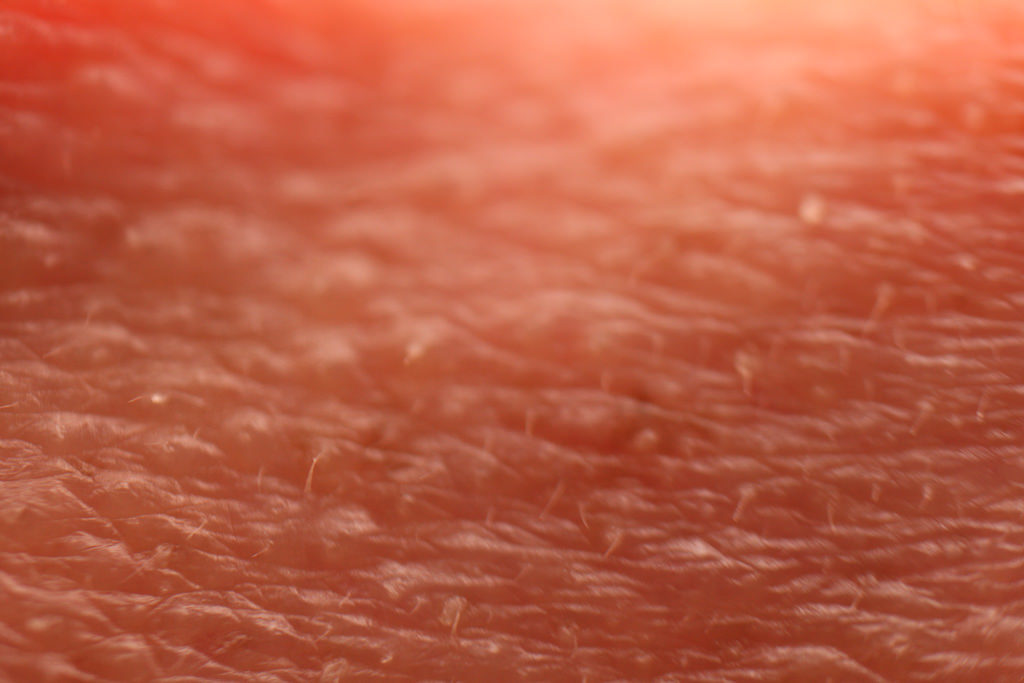 In this case study, a patient with metastatic melanoma was given multiple lines of chemotherapy that were ineffective. The patient’s oncologist subsequently selected a combination of two targeted drugs that led to a remarkable response. This was done “blindly”, i.e., without any genomic sequencing data from the tumor, based on the experience of the oncologist. This retrospective case study shows that the CureMatch platform would have ranked the successful therapy the highest, had genomic data been available. This demonstrates the benefit that the CureMatch platform can provide in guiding oncologists or in providing a second opinion for patients.

Case Study
After failure with standard therapy, a patient with metastatic melanoma started a regimen including a BRAF inhibitor (dabrafenib) in combination with a MEK inhibitor (trametinib). The patient presented a notable response, with a decrease of 34% of the tumor size. The partial response observed with this combination of drugs lasted for more than 11 months, and is considered an exceptional response for metastatic melanoma, for which the 5-year survival rate is about 15% to 20%. The study was published in 2015 in the journal BMC Cancer.

In this case, there was no tissue sample available for testing at diagnosis. Tumor biopsy and molecular profiling was performed 6 months after treatment initiation. Next-generation sequencing of the tumor biopsy revealed, among others, an activating alteration of the oncogene BRAF (BRAF V600E).

Therefore, selection of a BRAF inhibitor (dabrafenib) was the correct decision, but was an “educated guess”, since presence of the BRAF alteration was not certain without tumor profiling data. About half of all melanomas present a BRAF activating mutation, so BRAF inhibitors are often considered as the targeted therapy of choice in this disease, even when a biopsy is not performed. The second agent, a MEK inhibitor (trametinib), was likely selected due to its known ability to reduce acquired resistance, often observed after initiation of treatment with a BRAF inhibitor. However, selection of this combination is not obvious to any oncologist; this regimen was likely chosen by default, after multiple unsuccessful lines of treatment, and these lines may already have induced tumor resistance.

A score distribution from the resulting CureMatch analysis is shown in Figure 1, which ranks the likely efficacy of various treatment options using combinations of up to two drugs. The efficacy of the options is ranked by descending Strength Score, a proprietary scoring system developed by CureMatch that analyzes the individual patient’s molecular tumor profile and estimates the best therapeutic agents using proprietary algorithms and manually-curated databases. 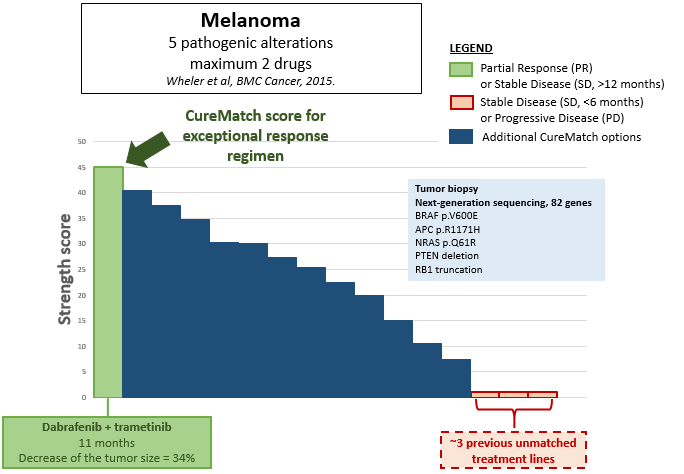 Fig. 1. Score Distribution from CureMatch report. All possible combinations of two drugs are represented and ordered by descending strength score. The successful therapy is shown in green, the unsuccessful lines of treatment in red, and other potential options (that could also have been considered) in blue.

In the resulting CureMatch report, the combination {dabrafenib + trametinib} was one of the highest-ranked of all of the one- and two-drug combinations considered by the CureMatch platform. This example demonstrates that CureMatch can correctly and automatically predict the top treatment options, without the need for expertise from an oncologist. The CureMatch analysis can be performed in any case when molecular profiling data is available, and can be used to guide the oncologist in the selection of the best therapy, regardless of the experience level of the oncologist.

An additional conclusion can be made: if the patient had received tumor profiling and an optimal therapeutic regimen immediately following the initial diagnosis, multiple ineffective lines of treatment may have been avoided, likely reducing the following: